The nine-hole Parcours Vert at Royal Golf Dar Es Salam, in Rabat, Morocco, has re-opened after a 12-month redesign project. The family-friendly course is the perfect complement to the two stern championship tests on property: the Parcours Rouge and Parcours Bleu.

Since opening day in 1974, the Green Course has been enjoyed by golfers of all ages and abilities, including the late King Hassan II, who was a regular in his later years.

Robert Trent Jones Sr. routed the Parcours Vert in the early 70s, while he was designing the 45-hole Dar Es Salam complex. After 45 years of operation it was time for an upgrade, and the clients were comfortable making significant architectural changes.

The Royal Moroccan Golf Federation, which is headquartered at Dar Es Salam, selected a design partnership of James Duncan Golf Architects and Artisan Golf Design to lead the project. James had been leading the restoration of the Parcours Rouge—the regular host course for the European Tour’s Trophée Hassan II—with help from Benjamin in a shaping role. it was logical to take the same team across the road, and Artisan Golf Design was only too happy to contribute to the redesign.

In approaching the redesign we embraced this heritage and focused our efforts on emphasising one key playing characteristic: fun. The Trent Jones team built some charming—almost whimsical—features on the Green Course. These provided ample inspiration, and we adopted the construction techniques used by the Jones team to make sure that our new features fit the original style.

All nine greens were kept in their original locations. The attractive putting surfaces on the first, sixth and ninth holes were restored to their original dimensions. Of fifteen original bunkers fourteen were retained—with modifications for aesthetics and playability. A bunker on hole #5 was deemed overly penal and has been replaced by expanded green surface.

The defining visual feature of the renovated Green Course is the use of short grass. Golfers now enjoy beautiful ‘wall-to-wall’ kikuyu fairways that run right up to and occasionally into the forest. Through an ongoing management program ornamental landscaping is being concentrated in a central area adjacent to several golf holes, near the intersection of walking paths.

The end result is a quirky golf course which rewards strategic thinking and accurate execution. Whether you can carry the ball 100, 180 or 250 yards there’s plenty of fun to be had on the Green Course at RGDES.

A Photo Tour of the Parcours Vert

The Merzouga Dunes concept was inspired by two large mounds on the horizon line of the first fairway. A sea of short grass dunes and acres of fairway now await the golfer on this opening tee shot. Those requiring two, three or four strokes to reach the putting surface must each plot their own route over and around these features.

As the golfer nears the horizon the green is gradually revealed through a ‘gun sight’ in the dunes. The hole’s only bunker meanders up a small dune to the left of the green, complicating approach shots. Moving out of the gun sight the golfer is released into a 110 yard-wide fairway, but an aggressive approach is advisable only from the right third of this playing area.

From the tee of this short uphill hole golfers will see only the top of the flag. No putting surface is visible but any shot landing within the punchbowl or ‘zlefa’ catchment will feed towards the hole. Two flanking bunkers are partly obscured by foreground features, adding to the challenge of distance judgement. Younger golfers will be filled with excitement as they watch their ball trundle up to the rim of the punchbowl and into the Imlil Valley below. There will be holes-in-one aplenty on the second hole of the Green Course!

Our concept for the third hole pays tribute to the Tillegut Cathedral rock formation in Morocco’s Atlas Mountains. The green complex has been raised considerably to become the only ‘volcano green’ at Royal Golf Dar Es Salam. A blind lake was converted into a bunker and, in a tip-of-the hat to the ancient golf courses of the British Isles, was faced with reclaimed ‘ironwood’ railway sleepers provided by ONCF, the Moroccan national railway company.

This downhill hole has always been drivable for good players, but with the tricky green and sleeper-faced bunker now visible from the tee, players can see their ball chase up and onto the putting surface.

This short four is pitched sharply uphill and plays longer than its yardage would suggest. One ‘short grass hazard’ must be avoided at all costs—a 50 yard-wide and 10 yard-deep crater that sits around 200 yards from the tee. This feature was built to appear as though a huge cannonball had slammed into the fairway and splashed up two existing mounds on either side.

When the RGDES team saw our concept we were told that it evoked images of Morocco’s Gara Medouar rock formation. To guarantee a view of the green the golfer must decide to play short, long, left or right of the cannonball crater. A small crater-like bunker guards the entrance to the fourth green, presenting options for the golfer to approach on its right or left side. The safe route changes with right and left pin positions. Golfers must avoid the craters of Gara Medouar at all cost.

Don’t make eye contact with the towering cork oaks on the difficult fifth! In a toughness ranking of all 45 holes at Royal Golf Dar Es Salam this hole is a contender.

Like the Rue des Consuls, the main street of Rabat’s ancient market [medina] district, the fifth is narrow. Its difficult green sits behind two deep bunkers at the end of a corridor of trees. Most golfers will require every bit of club in the bag to reach this green. In fact, a two-shot strategy might unlock the best results. Whatever your approach just take dead aim and don’t be lured in by the cork oaks!

The mighty Oued Sebou transports alpine water from the Atlas Mountains towards Fes and then out to the Atlantic at Kenitra.

The wide corridor on the sixth hole is now accented by a ‘cascade’ water feature tumbling down the centre of the fairway, in tribute to Morocco’s most important river. All golfers must plot a safe route to the green complex which has been restored to the original dimensions created by the Jones teams. The new cascade is one of the most dramatic additions to the Green Course, and certainly one of the most thought-provoking for the golfer.

At the short seventh hole the golfer is confronted with one of the most memorable greens at Royal Golf Dar Es Salam. Previously tucked behind a huge bunker which demanded an aerial approach, this was a very penal hole. To create an option for running approaches we reduced the size of the bunker to a small pit and wrapped the green around it to create a donut-shaped putting surface.

The Friouato Gulf is a mysterious 180 meter deep cave system near Taza in Morocco’s Rif Mountains. Beware the mysterious gravitational field of its namesake on the seventh at Dar Es Salam’s Green Course.

The penultimate hole of the Green Course is almost certainly its most challenging. Nine new bunkers were added and thought and execution are required to avoid them.

From the tee a sea of sand traps evokes the Laayoune region of the Sahara desert. Longer hitters must play a right-to-left tee shot to skirt past the hazards which flank the tricky off-camber fairway. A soft left-to-right shaped approach will help to find a green that pitches back against the fall of the ground. For golfers adopting a three shot strategy, a centreline sand trap—‘The President’s Bunker’—must be avoided at all costs.

The actual Maamora cork oak forest—a peaceful and enchanting place—lies on the outskirts of Rabat. The closing hole of the Green Course evokes this serene environment. Here the golfer finds beautiful kikuyu grass, cork oaks and classic Robert Trent Jones golf course architecture. We could not have improved this green complex. It has simply been restored to its original dimensions. Pins can now be set in close proximity to the three existing bunkers.

Indeed, the only material change to hole #9 was the result of a special request from HRH Prince Moulay Rachid. The cascade on hole #6 now reappears on hole #9, where it makes a slow and graceful turn through the fairway. A rustic stone bridge completes this picture postcard view and subtly directs golfers back to the first tee, where a second nine awaits. 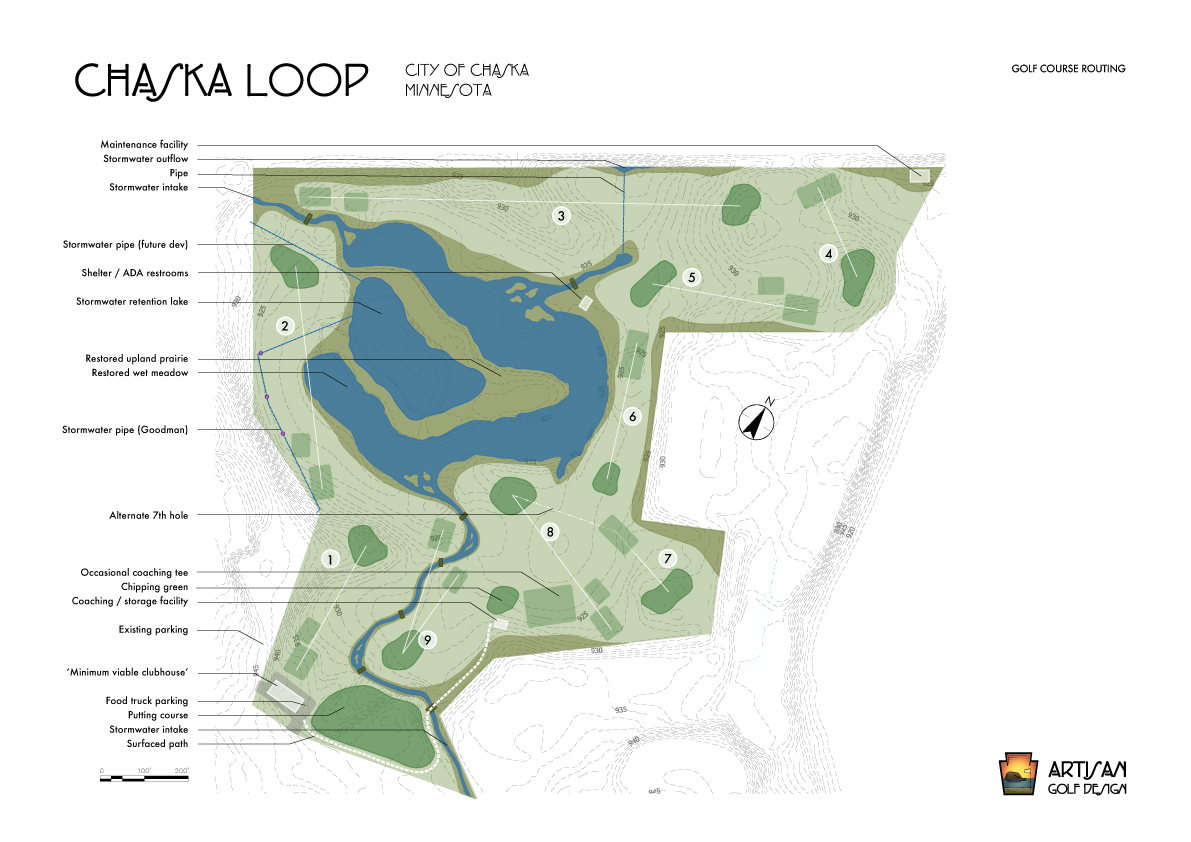 Gallery: The ‘Monster of Morocco’ 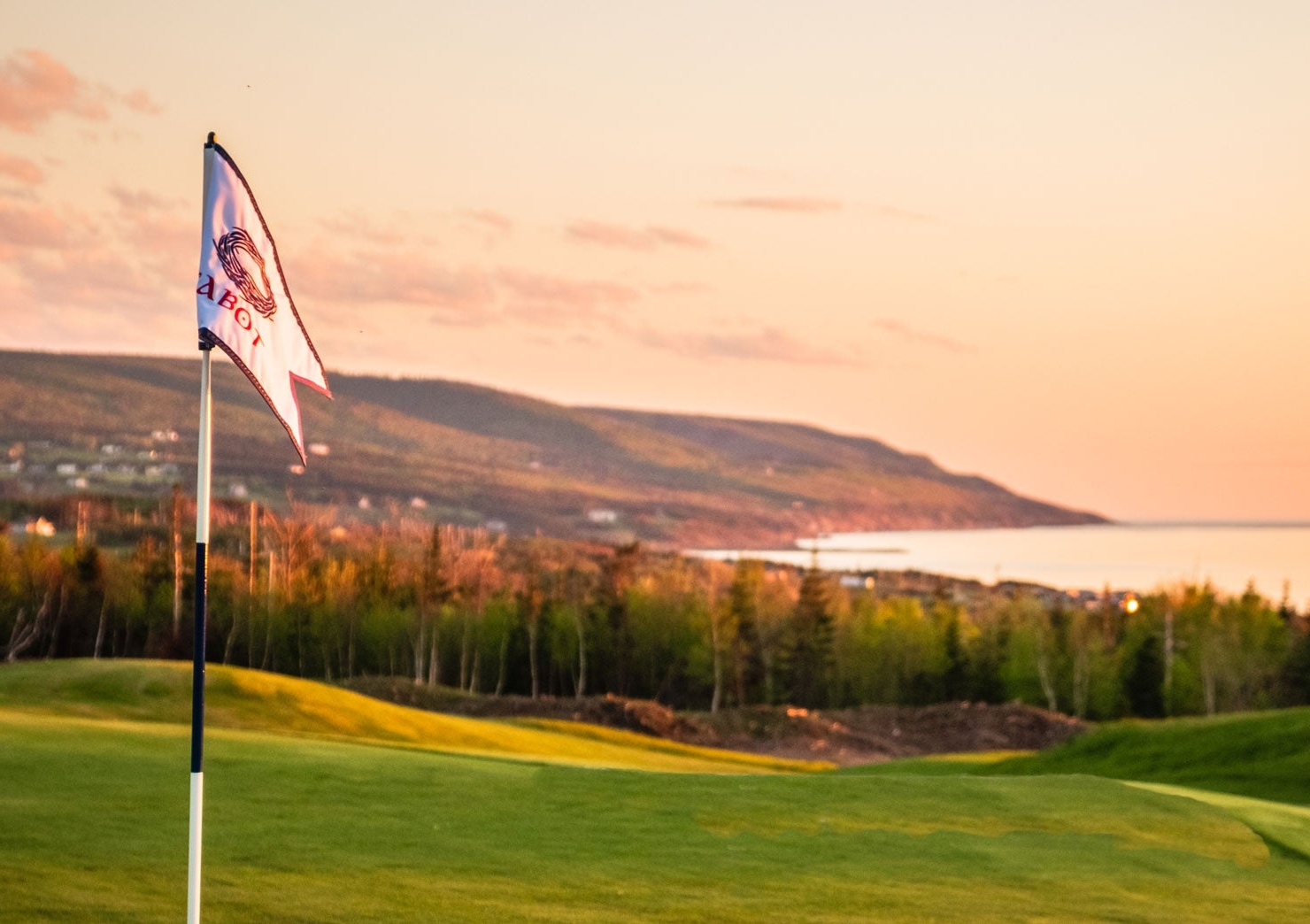 The Nest at Cabot Opens for Play 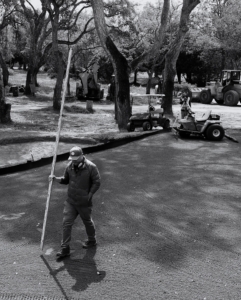 Artisan Golf Design’s lead architect and shaper was raised on the fairways of North Berwick West Links in Scotland. Benjamin has studied the world’s greatest golf courses. He learned the art of design & build by working for elite firms from the United States.